Ajlan and Bros. win the airport jewel scheme in Dammam worth 2 billion riyals 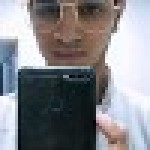 Ajlan and Bros. Group won the largest real estate auctions, which witnessed a great competition between about 18 local and Gulf real estate companies, which pumped about 30 billion riyals during the competition to purchase the “Jawharat Al Matar” plan in Dammam.

The Ajlan and Bros. Group acquired the plan, which covers an area of more than 10 million square meters, at a price of 2 billion riyals, and the auction witnessed a great competition due to the multiple advantages of the plan, as it is one of the best plans as it is characterized by its strategic location west of Dammam, close to King Fahd International Airport, and the vital roads leading to Dhahran, Jubail, Riyadh and the ports of the Gulf states, and is divided into two parts, north and south, separated by King Fahd Road, with a view of more than 4 kilometers, and a newly constructed bridge connects them, which facilitates transportation between them, in addition to its proximity to many institutions, government and educational bodies and commercial complexes, to be in light of its unique location, a new cultural front for Dammam, and a distinct opportunity for everyone looking for commercial and residential investment.

Ajlan Al Ajlan, Chairman of Ajlan and Bros. Group, said that the auction and the competition it witnessed between the largest local and Gulf real estate companies confirms the attractiveness of the Saudi market for local and foreign capital and the high confidence that the investment environment enjoys in the Kingdom, which is a natural reflection of the support and interest that the Saudi economy finds from the Custodian of The Two Holy Mosques and his Crown Prince, and generous directions in crystallizing many legislations and regulations that facilitated the procedures.

He explained that the work will begin immediately to prepare the infrastructure for the residential city, which is expected to include about 15 thousand residential units with the latest technical specifications and quality for all infrastructure components such as water, sewage, roads, and lighting networks, communication services, as well as afforestation and the environment, to be a modern residential city in which all the requirements for quality of life are met, indicating that it is expected that the first phase of the infrastructure works will be completed within 12 months, and then the sale has started in the plan.